Why Pineapple Should Not Be on Pizza 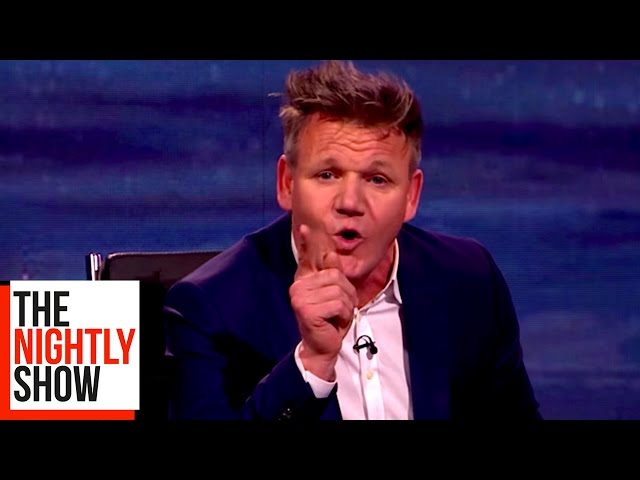 Pineapple on pizza is one of the most controversial topics in the food world. Some people love it, while others think it’s a complete disaster. In this blog post, we’ll explore why pineapple should not be on pizza.

The history of pineapple on pizza

pizza with pineapple may seem like a new invention, but this popular topping actually has a long history. Pineapple first appeared on pizza in the early 20th century, and it quickly became a popular topping in the United States, Canada, and Sweden. While pineapple on pizza is now considered a classic flavor combination by many people, there are still some who consider it to be an unorthodox topping.

The controversy surrounding pineapple on pizza

Pineapple on pizza is a divisive topic. Some people swear by it, while others find the idea of fruit on their pizza sacrilegious. The toppings one puts on their pizza is a personal choice, but there are some arguments to be made against pineapple as a topping.

Firstly, pineapple does not pair well with cheese. Cheese is already a very rich and creamy food, and adding pineapple to the mix can make it cloying and sickly sweet. Secondly, pineapple is a very soft fruit, and when cooked, it breaks down into an unappetizing mush. This can make for a very soggy pizza that is difficult to eat. Lastly, the acidity of pineapple can interfere with the flavor of the tomato sauce making it taste sour or bitter.

Ultimately, whether or not to put pineapple on pizza is up to the individual. However, there are some valid arguments against it.

The nutritional value of pineapple

Pineapple is a nutrient-rich fruit that is high in Vitamins C and B, as well as potassium and fiber. However, pineapple also contains a lot of sugar, which can lead to weight gain and other health problems. Additionally, pineapple is acidic and can cause tooth enamel to erosion. For these reasons, it is best to enjoy pineapple in moderation.

The taste of pineapple on pizza

There are several reasons why pineapple should not be on pizza. The most important reason is that the taste of pineapple on pizza is terrible. It is too sweet and it does not go well with the other flavors in pizza.

Another reason is that pineapple is a fruit and pizza is a savory dish. Fruits do not belong on savory dishes because they do not pair well with the other flavors.

Lastly, pineapples areassertive fruit and they overwhelm the other flavors in pizza. The sweetness of the pineapple overpowers the flavor of the cheese and tomato sauce This makes for a very unbalanced dish.

For these reasons, pineapple should not be on pizza.

The texture of pineapple on pizza

One of the most controversial toppings in the pizza world is pineapple. People seem to either love it or hate it with very little middle ground. While there are some valid arguments for why pineapple doesn’t belong on pizza, the most common complaint is the texture.

Pineapple is a very tough fruit with a tough core. When it is cooked, it does not soften up like other fruits. This can make for a very chewy, tough bite of pizza that is hard to chew and even harder to swallow. The texture of pineapple on pizza is simply not appealing to many people and that is why it remains one of the most controversial toppings.

The impact of pineapple on pizza sales

Pineapple on pizza is a divisive topic. Some people love it, while others believe that it doesn’t belong on the classic dish. Regardless of where you stand on the issue, there’s no denying that pineapple has had an impact on pizza sales.

In recent years, there has been a decline in pizza sales due to the popularity of other menu items. This decline has been especially apparent in regions where pineapple is commonly added to pizza. In fact, some pizzerias have even stopped serving pineapple altogether in an effort to boost sales.

While there are many factors that contribute to the decline in pizza sales, it’s clear that pineapple is one ingredient that has turned some people away from the dish. For those who are looking for a classic pizza experience, it’s best to stick with toppings like pepperoni, mushrooms, and onions.

The cultural significance of pineapple on pizza

Some people believe that pineapple does not belong on pizza, while others believe that it is a delicious addition. The debate over pineapple on pizza has become a cultural phenomenon, with each side passionately arguing their case.

Pineapple on pizza originated in Canada, where pizzerias began adding the fruit to their pies in the 1960s. The idea quickly spread to other parts of the world, and today pineapple on pizza is popular in many countries.

The health benefits of pineapple

Though often controversial, there are several health benefits to pineapple. Pineapple is a good source of Vitamin C, as well as many other vitamins and minerals. It is also a low calorie fruit, and is fat free, sodium free, and cholesterol free. Pineapple contains bromelain, an enzyme that aids in digestion. Bromelain is also known to reduce inflammation.

The drawbacks of pineapple on pizza

Pineapple on pizza is a controversial topic. Some people love the combination of sweet and savory flavors, while others find it to be an abomination. While there is no right or wrong answer, there are some drawbacks to putting pineapple on your pizza.

For one, pineapple is a very sweet fruit, and when added to pizza, it can make the overall dish too sweet. Pizza is supposed to be a savory food, and the sweetness of pineapple can throw off the flavor balance. Additionally, pineapple is a tropical fruit, and its flavor may not pair well with the other ingredients on your pizza, such as pepperoni or sausage.

The future of pineapple on pizza

Pineapple does not belong on pizza. This is a bold statement, but it is one that needs to be made. For too long, pineapple has been allowed to sully the good name of pizza, and it is time that we put an end to this travesty.

So let us all agree to boycott pineapple on pizza. Let us stand up for what is right and ensure that future generations can enjoy pizza the way it was meant to be enjoyed: without fruit on top!