Why Is Little Caesars So Cheap? 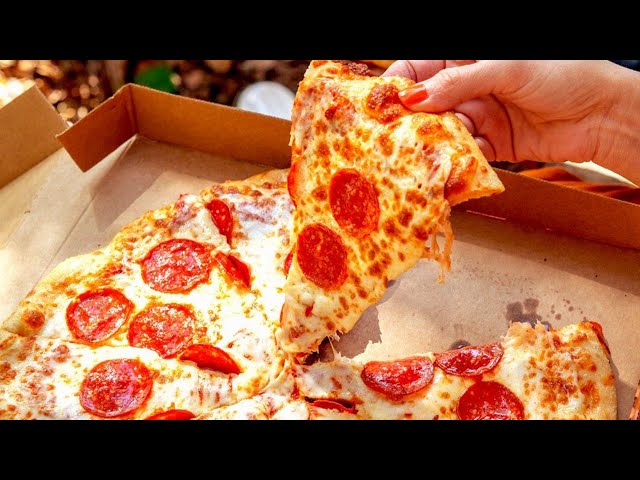 Quick Answer: Little Caesars is a pizza chain with lower prices than other major chains because they partner for discounted ingredients and make some of them in-house.

They partner with retailers for discounted food preparation equipment, which allows them make pizza more quickly and efficiently while also cutting down on labor costs.

The company was founded in 1959 by Michael and Marian Ilitch, who also own the Detroit Tigers and Olympia Entertainment. The first location was a strip mall in Garden City, Michigan, and today there are locations all over the world, including locations in every U.S state and several Canadian provinces.

There are a few reasons why Little Caesars is able to sell their pizzas at such a low price point. Firstly, their ingredients are cheaper than their competitors. For example, their cheese blend is made up of mozzarella, cheddar, and provolone, while Dominos uses 100% mozzarella cheese on their pizzas. Secondly, they have a very efficient kitchen layout that allows them to make pizzas very quickly. Lastly, they offer a very limited menu which helps to keep food costs down.

While Little Caesars may not be the best tasting pizza out there, their low prices make them a very appealing option for budget-minded consumers.

The Cost of Making a Pizza

The cost of ingredients is relatively fixed. For the most part, the price of flour, yeast, tomato sauce, and cheese fluctuates very little. To save on ingredient costs, Little Caesars buys in bulk and uses low-quality ingredients. For example, Little Caesars uses a lower-quality cheese that has less flavor than the cheese used by other pizza chains.

Labor costs are also relatively fixed. In order to save on labor costs, Little Caesars uses automated pizza makers and has employees work at a high speed to make pizzas quickly.

Overhead costs are variable and include things like rent, utilities, and insurance. To save on overhead costs, Little Caesars often opens its stores in low-rent strip malls or repurposes other buildings like former banks or fast-food restaurants.

The Cost of Rent and Location

When you’re trying to figure out why a certain restaurant is so cheap, the first thing to look at is the cost of rent and location. For example, Little Caesars is usually found in strip malls which are less expensive than stand-alone buildings. Additionally, they are often located in areas with high traffic but lower incomes, meaning that they can get away with charging less for their product.

Another factor to consider is the type of food that Little Caesars sells. They are known for their pizza, which is a relatively cheap food to make. They use lower quality ingredients than some of their competitors, which also helps to keep costs down. Additionally, they offer a limited menu which means that they don’t have to prepare and stock a lot of different items.

So, when you’re wondering why Little Caesars is so cheap, it’s mostly because of their low overhead costs. They don’t have to spend much on rent or ingredients, and their menu is limited so they don’t have a lot of food preparation costs. This allows them to charge less for their product and still make a profit.

The Cost of Ingredients

Ingredients are one of the reasons Little Caesars is so cheap. According to the company, it uses just six ingredients in its pizzas: water, salt, yeast, mozzarella cheese, processed wheat flour, and tomato puree. That’s it. It doesn’t use any artificial flavors or colors.

Another cost-saving measure is that Little Caesars doesn’t deliver its pizzas. This cuts down on labor and delivery expenses. Instead, customers have to come to the store to pick up their pies.

The Cost of Advertising

Another reason why Little Caesars is so cheap is because it offers a value proposition that other pizza chains don’t. Little Caesars has a “Hot-N-Ready” option where customers can walk in and get a large pizza for $5 without having to wait for it to be made fresh. This convenience is appealing to customers who don’t want to wait for their pizza, and it helps Little Caesars keep its prices low.

To appeal to this target market, Little Caesars offers a small selection of pizzas at very low prices. For example, a large pepperoni pizza at Little Caesars costs just $5. This low pricing is made possible by a few factors, including low labor costs and a streamlined menu.

In addition to offering low prices, Little Caesars also offers convenience. The chain’s “Hot-N-Ready” pizzas are designed to be picked up without advance ordering, making them ideal for busy families or consumers on the go. And for those who prefer delivery, Little Caesars now offers this service through partnerships with Grubhub and DoorDash.

By understanding the target market and appealing to budget-minded consumers, Little Caesars has become one of the largest pizza chains in the world.

As the fifth-largest pizza chain in the U.S., Little Caesars is known for its low prices. A large pizza at Little Caesars costs about $5, which is significantly cheaper than its rivals. So, how does Little Caesars keep its prices so low?

Another reason is thatLittle Caesars only offers two types of pizza: a large round pizza and a deep dish pizza. This simplicity keeps costs down because there is less variety to produce. Additionally, since customers can only get pizzas with pre-selected toppings, there is no need for the build-your-own topping bar that most other pizza chains offer.

So, if you’re looking for a cheap pizza option, Little Caesars is a good choice. Just don’t expect much in terms of variety or customization.

The business model for Little Caesars is built around efficiency and low-cost ingredients. The company uses a highly automated approach to making its pizzas, which keeps labor costs down. It also uses lower-cost ingredients than many of its competitors, including cheaper types of cheese and sausage. These ingredients may not be of the same quality as those used by other pizza chains, but they help to keep prices low.

In conclusion, there are several reasons why Little Caesars is so cheap. First, the company buys its ingredients in bulk and second, it uses lower-quality ingredients than its competitors. Additionally, Little Caesars saves on labor costs by using a higher proportion of automated equipment in its stores. Finally, the company charges a lower price for its pizzas than its competitors, in order to attract customers who are looking for a bargain.

The take away is that most pizzerias use similar ingredients, but it’s the quality of those ingredients and the way they’re used that determines the final cost of a pizza. Little Caesars is able to keep their prices low by using lower quality ingredients and cutting corners in their cooking process.