Where is Pizza From? 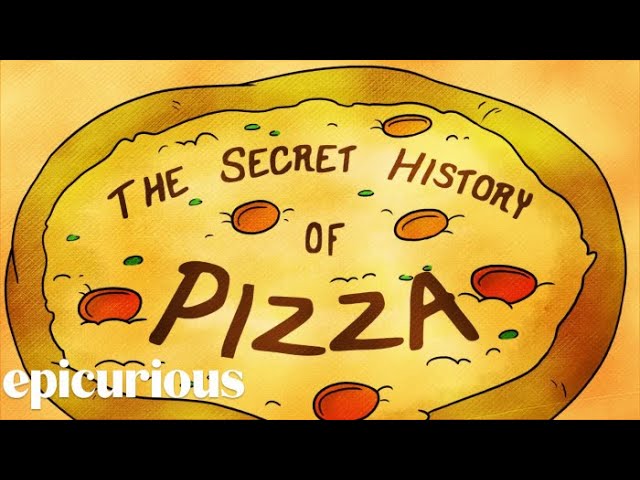 Do you love pizza? Do you ever wonder where it came from? Join us on a journey as we explore the history of pizza and find out where it’s really from.

The History of Pizza

Pizza is a dish that has a long and storied history. Its origins can be traced back to ancient times, and the dish has undergone many changes over the centuries. Today, pizza is enjoyed by people all over the world and is one of the most popular food items.

Pizza first originated in Italy, and the word itself comes from the Italian word “pizza.” The earliest pizzas were simply flatbreads that were topped with various ingredients such as vegetables, cheeses, and meats. These pizzas were then cooked in wood-fired ovens.

The earliest known pizzeria was opened in Naples, Italy in 1738. This pizzeria, called Antica Pizzeria Port’Alba, is still in operation today. In 1889, pizza was introduced to the United States by Italian immigrant Gennaro Lombardi. Lombardi opened the first American pizzeria in New York City.

Pizza has undergone many changes since its inception. Various regions of the world have developed their own unique styles of pizza. For example, American-style pizza is characterized by its thick crust and toppings such as pepperoni and sausage. Chicago-style pizza is distinguished by its deep-dish crust, while Neapolitan pizza is thin and crispy. No matter what the style, pizza continues to be a delicious and popular dish that is enjoyed by people of all ages.

The Origins of Pizza

Pizza is one of the most popular foods in the world, enjoyed by people of all cultures and backgrounds. But where did pizza originate?

Pizza is thought to have first been made in Naples, Italy, over 1000 years ago. The original pizza was a flatbread topped with vegetables and herbs. It was not until the 18th century that pizza began to be topped with cheese and tomato sauce, which is now the most popular form of pizza.

Today, pizza is enjoyed by people all over the world and there are many different regional variations. In America, for example, pizza is often topped with pepperoni or sausage, while in Italy it is common to find pizzas topped with seafood orProsciutto ham. No matter what your favorite toppings are, there’s no doubt that pizza is a delicious food that everyone can enjoy!

Pizza was brought to America by Italian immigrants in the late nineteenth century. These immigrants came to New York City, and other large port cities, in search of a better life. Many of them found work in the pizza industry, as it was one of the few jobs available to them. Over time, pizza became a staple food in America. Today, there are many different types of pizza, and it is one of the most popular food items in the country.

New York-style pizza is a type of pizza made with a thin and crispy crust, and isaps://en.wikipedia.org/wiki/List_of_pizza_styles)

Neapolitan pizza is a type of pizza that originated in Naples, Italy. It has a thin, crispy crust and is topped with tomatoes and fresh mozzarella cheese Neapolitan pizza is cooked in a wood-fired oven, which gives it a unique flavor.

Sicilian pizza is a type of pizza that originated in Sicily, Italy. It is typically made with dough that is prepared in advance and then left to rise for several hours or days. The dough is then stretched out into a large, thin circle and topped with tomato sauce, cheese, and other toppings such as olives, anchovies, or peppers. Sicilian pizza is usually cut into small squares or rectangles and served as a snack or appetizer.

Pizza is a dish that originated in Italy, but it has since become popular around the world. There are many different types of pizza, and each region has its own unique style. One popular type of pizza is calzone, which is a foldable pizza that is typically filled with cheese and meat. Calzones originated in Naples, Italy, but they are now enjoyed by people all over the world.

Stuffed crust pizza is a type of pizza that has the crust stuffed with things like cheese, meats, and veggies. It was first made in 1995 by a man named Dan Smoking — yes, that’s really his name. He was working at a pizza place in Atlanta, Georgia, when he had the idea to stuff the crust with mozzarella cheese The rest is history!

Stuffed crust pizza has become one of the most popular types of pizza in the world. In fact, it’s so popular that there are now many different variations, including:

No matter what your favorite type of pizza is, there’s sure to be a stuffed crust version that you’ll love!