What is a Pizza Cone? 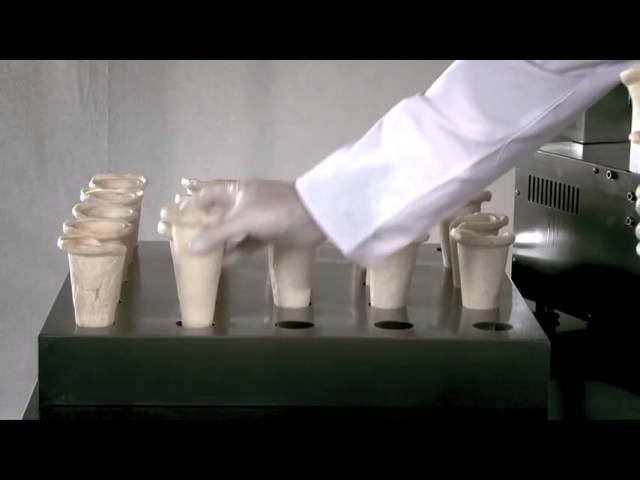 A pizza cone is a cone-shaped pizza that is usually made with a cornmeal-based dough. The dough is wrapped around a cone-shaped mold, then filled with toppings and cooked.

Pizza cones are one of the latest food crazes to hit the scene. They are, quite simply, cone-shaped pizzas. The dough is wrapped around a cone-shaped mold and then filled with your favorite pizza toppings. The result is a convenient, handheld pizza that you can eat on the go.

What is a Pizza Cone?

A pizza cone is a type of pizza that is shaped like an ice cream cone. It is made by rolling a piece of dough into a cone shape and then filling it with toppings. Pizza cones were first invented in Italy and they have become popular in other countries, such as the United States, United Kingdom, and Australia.

Pizza cones are typically served with a dipping sauce, such as marinara sauce or ranch dressing. They can also be served with a variety of other toppings, such as cheese, pepperoni, sausage, and vegetables.

Pizza cones have become increasingly popular in recent years, especially among children and teenagers. They are often seen as a healthier alternative to traditional pizzas, as they are typically lower in calories and fat. Pizza cones are also easy to eat on the go, which makes them a convenient option for busy families and individuals.

If you are interested in trying pizza cone, there are a few things you should keep in mind. First, it is important to choose a dough that is not too thick or too thin. Too thick of a dough will make the pizza cone difficult to eat, while too thin of a dough will cause the cone to collapse.

It is also important to choose toppings that you enjoy. While pizza cones can be made with any type of topping, some of the most popular toppings include cheese, pepperoni, sausage, and vegetables.

Finally, it is important to make sure that the pizza cone is cooked all the way through. This will help to ensure that the cone does not collapse and that the toppings are evenly distributed.

Pizza cones are a delicious and convenient way to enjoy pizza. If you are looking for a healthier alternative to traditional pizzas, or if you simply want an easy way to eat pizza on the go, pizza cones may be right for you.

The History of the Pizza Cone

Pizza cones were invented in Italy in the early 1990s and later became popular in the United States. The first pizzeria to offer pizza cones was ConeHeads, which opened in New York City in 2004.

It was invented by an Italian American man named Daniel Bellino-Zwicke who, at the time, worked as a manager at a TGI Friday’s restaurant.

Pizza cones are made by rolling a cone-shaped piece of dough, then adding sauce, cheese, and toppings. The pizza is then baked in a special oven that helps the dough to keep its shape.

The cones can be made with different toppings and fillings, such as pepperoni, cheese, sausage, and vegetables. Some people also like to add salad or macaroni and cheese to their pizza cones. Pizza cones are available commercially in some parts of the world, but they can also be made at home.

Pizza cones are a popular choice for people on the go because they are easy to eat without utensils. They are also less messy than traditional slices of pizza.

Pizza cone is the latest food trend that’s taking over social media. This new dish is basically a pizza that’s been shaped into a cone and filled with your favorite toppings. It’s perfect for snacks or meals, and you can customize it any way you want. Whether you’re a pizza lover or just looking for something new to try, be sure to check out this fun and tasty dish!

How to Make a Pizza Cone

A pizza cone is a cone-shaped piece of pizza that is meant to be eaten like an ice cream cone. The dough is rolled out into a cone shape, then toppings are added, and it is cooked in a pizzeria oven. Pizza cones were invented in the early 2000s and have since become a popular novelty item.

The Benefits of Eating a Pizza Cone

When it comes to eating pizza, there are a lot of different ways that people like to do it. Some people like to eat it with their hands, while others prefer to use a fork and knife. However, there is one way of eating pizza that is gaining popularity among pizza lovers all over the world, and that is by eating a pizza cone.

So, what exactly is a pizza cone? A pizza cone is a cone-shaped piece of pizza that you can hold in your hand and eat on the go. It is the perfect food for people who are always on the go and don’t have time to sit down and enjoy a full meal.

There are many benefits of eating a pizza cone, including the fact that it is convenient, portable, and fun to eat. Pizza cones are also much healthier than traditional pizzas because they are made with whole wheat dough and contain less cheese and sauce.

A pizza cone is a type of pizza that is shaped like an ice cream cone. The dough is filled with toppings, then rolled into a cone shape and baked. Pizza cones were first made in Italy and are now popular around the world.

There are many different ways to make a pizza cone, but the most common method is to fill the dough with mozzarella cheese, tomato sauce, and pepperoni. Once the dough is rolled into a cone shape, it is then baked in a special oven that helps to keep the shape of the cone while cooking the pizza.

Pizza cones are becoming increasingly popular as a quick and easy way to eat pizza. They are often sold at food trucks or pizzerias and can be eaten by hand without utensils.

If you’re looking for a unique way to eat pizza, then look no further than a pizza cone!

The Different Types of Pizza Cones

Pizza cones are a type of pizza that is made in the shape of an ice cream cone. They are usually made with a dough that is similar to that of a regular pizza, but they can also be made with a bread dough or a tortilla dough. Pizza cones can be filled with any type of pizza toppings, and they are often served with dipping sauces on the side.

Pizza cones come in different sizes, but they are typically about 4 inches in diameter and 6 inches tall. They can be found at many pizza places, and they can also be made at home. Pizza cones can be eaten by hand or cut into pieces and eaten with a fork.

A pizza cone is a type of pizza that is shaped like an ice cream cone. The dough is formed into a cone shape and then filled with toppings such as cheese, sauce, and pepperoni. Pizza cones are usually baked in a special oven that helps to hold their shape.

Pizza cones were first invented in Italy and have become popular in other parts of the world, particularly the United States. They offer a fun and easy way to eat pizza, and are often seen at fairs, festivals, and other public events.

If you’re wondering how pizza cones compare to traditional pizzas, here are a few key points:

-Pizza cones are more portable than traditional pizzas, making them ideal for on-the-go eating.
-Pizza cones can be held in one hand, freeing up your other hand for activities such as holding a drink or playing games.
-Pizza cones offer a unique eating experience that is sure to be a hit with kids and adults alike.

Pizza cones are a type of pizza that is formed into the shape of a cone. They are made by taking a piece of dough, forming it into a cone shape, and then filling it with toppings. Pizza cones are typically served with a dipping sauce on the side.