What Are the Differences Between Pizza Flour Vs Bread Flour? 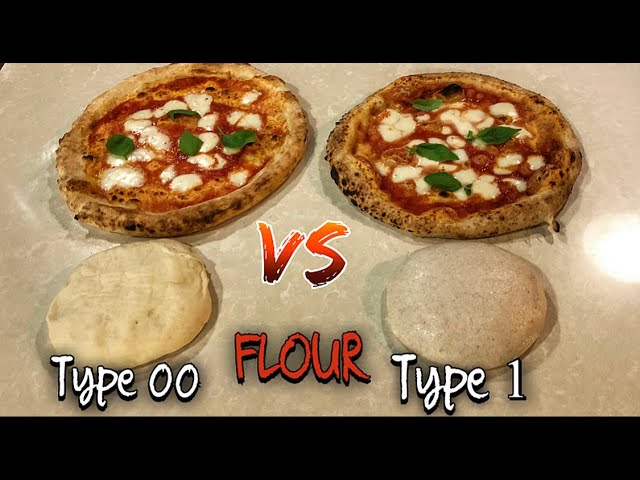 There are many different types of flour that can be used for baking, such as all-purpose, whole wheat, and cake flour. However, the two most popular types are pizza flour and bread flour. But what are the differences between pizza flour vs bread flour? And which one is better for making pizza?

Pizza and bread are both staples in many American households, but there are some key differences between the two. Pizza flour is specifically designed to make pizzas, while bread flour is made to make breads.

While bread flour needs more water and no oil at all, pizza isn’t the same. Pizza requires a dough that is hydrated with just enough olive oil for flavor; this guarantees crispiness on top of your favorite dish!

In this blog post, we’ll take a closer look at the differences between pizza flour and bread flour, so you can decide which one is right for you. We’ll also discuss the benefits of each type of flour, so you can be sure to choose the right one for your needs.

What is pizza flour?

Pizza flour is a type of wheat flour that is used to make pizza dough. It is made from hard wheat, which has a high gluten content. This makes it higher in protein than other types of flour and gives it a chewy texture.

Pizza flour is usually bleached, which gives it a brighter white color. It can also be found in whole wheat or multigrain varieties.

Bread flour is another type of wheat flour that is used to make bread. It is made from hard red wheat, which has a lower gluten content than hard white wheat. This makes it less chewy and more fluffy.

Bread flour can also be found in whole wheat or multigrain varieties.

What is bread flour?

Bread flour is a type of flour that is milled from hard wheat. It has a high protein content, which gives it the ability to produce hearty, chewy breads. Bread flour also has a higher gluten content than all-purpose flour, which makes it ideal for yeast breads.

What are the differences between pizza flour vs bread flour?

When it comes to flour, there are a few different types that can be used for different purposes. Pizza flour and bread flour are two of the most common types of flour, but what are the differences between them?

Bread flour can be used for making pizza dough, but it will not give you the same results as pizza flour. Bread flour is lower in protein and gluten, so it will not produce as chewy of a dough. The dough will also be more likely to become soggy if you use bread flour.

How is pizza flour made?

Pizza flour is a type of flour that is specifically designed for making pizza dough. It is made from a combination of hard wheat and soft wheat, which gives it the perfect balance of strength and elasticity. This makes it possible to create a dough that is thin and crispy, yet still strong enough to hold toppings without breaking.

How is bread flour made?

Bread flour is made by milling hard wheat kernels into a fine powder. The wheat used to make bread flour typically has a higher protein content than other types of wheat, which gives bread made with this flour a chewy texture. Bread flour can be used to make pizzas with a chewy crust, but it will not produce the same light, airy crust that is characteristic of pizzas made with pizza flour.

What are the benefits of using pizza flour?

There are a few key benefits to using pizza flour over bread flour when making pizza dough. Pizza flour is higher in protein, which gives the dough more structure and makes it easier to work with. It also has a lower gluten content, which makes the dough more tender and easier to digest. And finally, pizza flour has a higher absorption rate, so it can hold more water and produce a crispier crust.

What are the benefits of using bread flour?

Bread flour is a type of wheat flour that is higher in protein than other types of wheat flour, such as all-purpose flour. The extra protein helps to produce a stronger gluten network, which in turn helps bread to rise higher and hold its shape better. Bread flour is available in both white and whole wheat varieties.

How can I use pizza flour in my baking?

Many people are not aware that there are different types of flour available for baking, and each type of flour has its own unique properties that make it better suited for certain types of baked goods. Pizza flour is a type of flour that is higher in protein than regular all-purpose flour, and this higher protein content gives pizza dough a chewy texture that is perfect for thin-crust pizza. Bread flour, on the other hand, is lower in protein and produces a lighter, airier texture that is perfect for bread.

How can I use bread flour in my baking?

While the protein content in bread flour and all-purpose flour is similar, bread flour has a higher gluten content, which gives it the strength necessary to hold its shape. The extra gluten also gives bread a chewier texture. All-purpose flour can be used in place of bread flour, but it will not produce as strong or chewy of a dough.

10)Pizza flour vs. bread flour – which is better for baking?

Pizza flour and bread flour are two types of flour that are often used in baking. While they are both made from wheat, they have some key differences that make them better for different purposes.

Pizza flour is a type of wheat flour that has a higher protein content than bread flour. This means that it can absorb more water, which gives pizza dough a nice chewy texture. Bread flour, on the other hand, has a lower protein content, which makes it better for creating light and airy baked goods like bread.