Pizza Is A Fast Casual Italian Dish or a Delicacy? 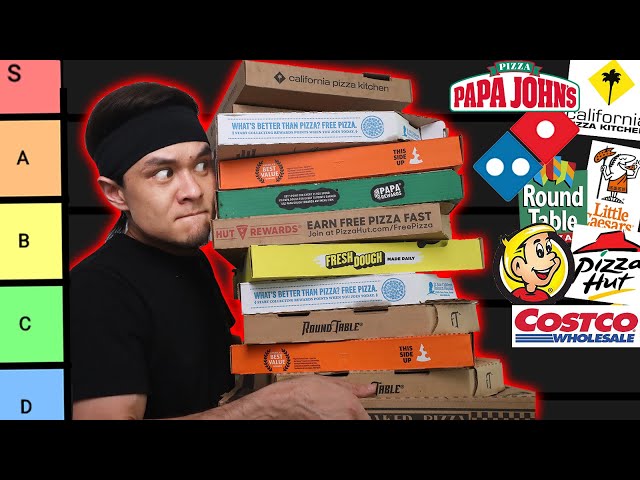 It all started with a burned crust and some cheese on top. That was the humble beginnings of what would soon become one of the most popular dishes in the world – pizza. But pizza is a fast casual Italian dish or a delicacy?

There are many different opinions on what makes pizza a fast casual Italian dish or a delicacy. Some people believe that the way the sauce and cheese are layered on the dough make it a delicacy. Others think that the speed with which it can be made and delivered to your table makes it a fast casual Italian dish. No matter what your opinion is, there is no doubt that pizza is one of America’s favorite foods!

In this blog post, we’ll take a closer look at the history and popularity of pizza, and we’ll explore some of the different ways you can enjoy this tasty dish. Whether you’re a pizza lover yourself or you’re looking for some new ideas for your next party, read on for all the details!

The difference between fast casual and traditional Italian pizza restaurants.

When one thinks of pizza, a common image that comes to mind is of a greasy, cheesy slice served up in a plastic tray at a local fast food joint. However, pizza has come a long way since its humble beginnings as a peasant dish in Italy and today there is quite a bit of debate surrounding what qualifies as “authentic” pizza. In recent years, the rise of fast casual Italian restaurants like Blaze Pizza and MOD Pizza has brought this debate to the forefront, with many purists arguing that these new establishments are nothing more than glorified fast food chains. So what is the difference between fast casual and traditional Italian pizza restaurants?

Fast casual restaurants are typically defined as eateries that offer freshly made food with quality ingredients but do not require table service. These establishments are often seen as a happy compromise between fast food joints and full-service restaurants, as they offer customers the convenience of quick service without sacrificing taste or quality. In contrast, traditional Italian pizza restaurants are typically sit-down affairs where customers can enjoy a leisurely meal complete with table service. These restaurants often focus on using authentic ingredients and methods to produce their pizzas, meaning that they may take longer to make but also tend to be more expensive.

So which type of restaurant is better? It really depends on your personal preferences. If you’re looking for a quick bite to eat then a fast casual spot might be your best bet, but if you’re looking for an authentic Italian dining experience then you’ll probably want to go to a traditional pizzeria.

The history of pizza and its origins in Italy.

Pizza is a savory dish of Italian origin, consisting of a usually round, flattened base of leavened wheat-based dough topped with tomatoes, cheese, and often various other ingredients. A small pizzeria called Antica Pizzeria Port’Alba in Naples is generally credited with being the first pizzeria to sell pizza. Pizza was originally created as a cheap food for the poor. It became popular among the lower classes, who could not afford other types of food. Tomato sauce was not added to pizza until the late 19th century. Cheese and other toppings were also added to pizza gradually over time.

Today, pizza is one of the most popular foods in the world. It is typically made with mozzarella cheese, tomatoes, and basil. It can be served as a main course or as a snack. There are many different types of pizza, including Neapolitan, Chicago-style, deep-dish, and thin-crust.

The popularity of pizza in the United States and around the world.

Pizza is one of the most popular dishes in the United States and around the world. It is a fast casual dish that is typically served with cheese and tomato sauce. Pizza can be made with various toppings, including meats, vegetables, and fruits. It is commonly eaten as a quick snack or for lunch or dinner. Pizza has been a staple of the American diet for centuries and its popularity continues to grow.

The different types of pizza, including Neapolitan, Chicago-style, and New York-style.

Pizza is a delicious, fast casual dish that has its origins in Italy. There are many different types of pizza, including Neapolitan, Chicago-style, and New York-style. Each type has its own unique flavor and toppings.

Neapolitan pizza is made with a thin crust and is cooked in a wood-fired oven. This type of pizza is typically topped with fresh tomatoes, mozzarella cheese, and basil leaves.

Chicago-style pizza is made with a deep dish crust and is often topped with meats such as sausage or pepperoni. This type of pizza is popular in the Midwest region of the United States.

New York-style pizza is made with a thin crust and is often sold by the slice. This type of pizza is popular in the Northeastern region of the United States.

The toppings that are commonly found on pizza, including pepperoni, sausage, and mushrooms.

Pizza is often thought of as a fast casual dish, something that can be picked up on the way home from work or heated up for a movie night. However, pizza has a long and complex history that dates back to ancient Greece and Rome. In its earliest forms, pizza was more of a flatbread than anything else and was often topped with garlic, cheese, and oil. It wasn’t until the late 1800s that pizza as we know it started to take shape in Naples, Italy. Tomato sauce and mozzarella cheese were added to the traditional dough base, and from there, pizza has continued to evolve.

Today, there are countless variations of pizza toppings, but some of the most popular include pepperoni, sausage, and mushrooms. While pepperoni is an American invention, sausage has been used on pizza since the early days in Naples. As for mushrooms, they are a relatively recent addition to the world of pizza toppings but have quickly become a favorite among many fans of the dish. No matter what your personal favorite toppings may be, there’s no doubt that pizza is one of the most iconic foods in the world.

Pizza is a fast casual Italian dish that is made from dough that is formed into a flatbread and topped with various ingredients, including tomato sauce, cheese, meats, and vegetables. There are several different types of pizza, including deep dish, thin crust, and stuffed crust.

The nutritional value of pizza and the debate over whether it is healthy or not.

Pizza has been around for centuries and is one of the most popular foods in the world. There are many different types of pizza, from thin crust to deep dish, and each has its own unique flavor and ingredients. But what is pizza really made of, and is it healthy?

The main ingredients in pizza are dough, sauce, cheese, and toppings. Dough is typically made from wheat flour, water, yeast, and salt. Sauce is usually a tomato-based sauce, but can also be made with olive oil or pesto. Cheese is typically mozzarella, but can also be a mix of other cheeses. Toppings can be anything from vegetables to meats to fruit.

Pizza is often criticized for being unhealthy because it is high in calories, fat, sodium, and carbohydrates. However, pizza can also be a good source of protein and vitamins if it is made with lean meat toppings and fresh vegetables. Pizza dough is also typically high in fiber. Overall, the nutritional value of pizza depends on the ingredients used and how it is prepared.

So what do you think? Is pizza a fast casual Italian dish or a delicacy?

The different health benefits that can be found in pizza, including the lycopene in tomatoes and the antioxidants in garlic.

Pizza is a delicious food that can be enjoyed by people of all ages. It is also a food that offers some health benefits, thanks to the lycopene in tomatoes and the antioxidants in garlic.

Lycopene is a powerful antioxidant that has been shown to be beneficial in preventing some forms of cancer, heart disease, and stroke. It is found in tomatoes, and pizza sauce is a great source of lycopene.

Garlic is another ingredient in pizza that offers some health benefits. Garlic is known for its ability to fight off infections and for its anti-inflammatory properties. It also contains antioxidants that can help to protect the body against cell damage.

The different ways to enjoy pizza, including as a snack, for a quick meal, or as part of a more elaborate Italian feast.

Pizza has been called many things, from a snack to a quick meal to part of a more elaborate Italian feast. However you choose to enjoy pizza, there are a few things you should know about this popular dish.

Pizza originated in Naples, Italy in the 18th century. The city was (and still is) known for its abundance of fresh seafood, which was often used as toppings for pizzas. Today, pizza is enjoyed all over the world and there are endless combinations of toppings to choose from.

No matter what type of dough or toppings you prefer, pizza is a delicious dish that can be enjoyed in many different ways!

The different brands of pizza that are available, including Domino’s, Pizza Hut, and Papa John’s.

Different brands of pizza are available, including Domino’s, Pizza Hut, and Papa John’s. Each pizza company has its own unique recipe for making pizza. The ingredients that are used in the dough, sauce, and toppings all contribute to the taste of the final product.

Pizza is a popular food all over the world. It is a fast casual dish in Italy and is considered a delicacy in many other countries. The different brands of pizza that are available make it possible for everyone to enjoy this delicious food.