Is Pizza Without Sauce Still Pizza? 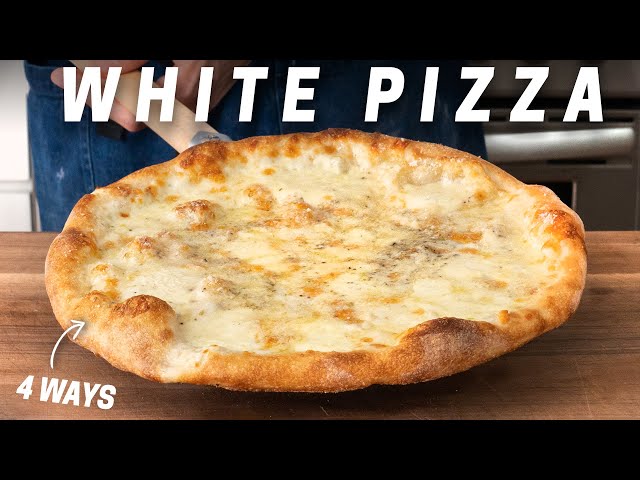 In this post, we explore the question of whether or not pizza without sauce is still technically pizza.

In Italy, the birthplace of pizza, the dish is often simply called “salsa e mozzarella” (sauce and mozzarella). This implies that the sauce is an essential ingredient in pizza. However, in many parts of the world, pizza is made without sauce, or with a very minimal amount of sauce. So, is pizza without sauce still pizza?

The answer to this question is not simple. It depends on who you ask and what their definition of pizza is. For some people, pizza must have sauce, while for others, it can be made without sauce and still be considered pizza. Ultimately, it is up to each individual to decide whether they believe pizza without sauce can still be called pizza.

Pizza is a savory dish of Italian origin, consisting of a usually round, flattened base of leavened wheat-based dough topped with tomatoes, cheese, and often other ingredients such as sausage or olive which is then baked at a high temperature, traditionally in a wood-fired oven. A small pizza is sometimes called a pizzetta.

A Brief History of Pizza

The first pizza is thought to have been made in Naples, Italy, in the late 18th century. It was a simple dish, with a few basic ingredients: bread dough, olive oil, garlic, and cheese. Over time, other toppings were added, including tomatoes (which were not originally used because they were thought to be poisonous). Today, pizza is one of the most popular foods in the world. It comes in many different varieties, with different toppings and crusts.

Pizza became popular in the United States after World War II, when soldiers who had been stationed in Italy returned home with a taste for the dish. In the 1950s and 1960s, pizza parlors started popping up all over the country. Today, there are more than 60,000 pizzerias in the United States.

So what makes a pizza? Is it the dough? The sauce? The toppings? According to some people, it’s all of those things. Others say that as long as you have dough and cheese, you can call it pizza – even if there’s no sauce or toppings. What do you think?

The Ingredients of Pizza

Pizza is one of the most versatile and delicious foods in the world. It can be made with a variety of different toppings, sauces, and crusts, and no two pizzas are ever exactly alike. But what are the essential ingredients of pizza?

The base of any pizza is the dough. This can be made from a variety of different flours, but most commonly it is made from wheat flour. The dough is then fermented with a yeast or sourdough starter, which gives it its characteristic flavor and texture.

Once the dough is fermented, it is then formed into a flatbread and topped with sauce and cheese. The sauce is usually made from tomatoes, but it can also be made from other ingredients like pesto or Alfredo sauce. The cheese is typically mozzarella, but other cheeses like Parmesan or ricotta can also be used.

After the pizza has been topped with sauce and cheese, it is then typically baked in a hot oven until the cheese is melted and bubbly. Once it comes out of the oven, it can be topped with additional toppings like meats, vegetables, or herbs.

The Case for Sauceless Pizza

Some people might say that pizza without sauce is not really pizza. But there are a few things to consider before making that judgement. For one, sauceless pizza has been around for a long time. Second, pizza is ultimately defined by its dough, toppings, and cheese. So, if you have a delicious dough, quality toppings, and good cheese, you can still have a eat pizza without sauce.

While the argument that sauceless pizza is not “real” pizza may hold some water, there are also valid aesthetic reasons for leaving the sauce off. A well-made pizza should be a balanced composition of dough, cheese, and other toppings, with each component contributing its own flavor and texture to the overall dish. When sauce is added to the equation, it can often dominate the other flavors and end up being a bit of a distraction.

The biggest argument in favor of sauceless pizza is taste. When you bite into a slice of sauceless pizza, the first thing you notice is the crust. A good Pizza Crust is crispy, chewy, and has a slightly charred flavor. The sauce can sometimes overshadow the flavor of the crust, but without sauce, the crust is the star of the show. Another plus for sauceless pizza is that it tends to be less greasy than traditional pizza. The lack of sauce can also make for a lighter slice, which some people prefer.

The Case Against Sauceless Pizza

Pizza is a dish that is typically made with a doughy base, tomato sauce and cheese. However, there are variations of pizza that do not include sauce. Some people argue that without sauce, pizza is not pizza. Let’s explore the case against sauceless pizza.

The case against sauceless pizza is simple: it’s not traditional. Pizza has been around for centuries, and the classic recipe includes a tomato-based sauce. To take that away is to fundamentally change the dish.

That’s not to say that sauceless pizza can’t be delicious. In fact, many people prefer it that way. But it’s important to understand that you are no longer Eating Pizza in the traditional sense. If you’re looking for something new and different, then by all means go for it. But don’t expect it to taste like the pizza you’re used to.

What function does sauce serve on pizza? Many people would say that it is there to add flavor, but there are other elements of pizza that provide flavor as well. The dough and the cheese are both quite flavorful, and the toppings can also add a lot of flavor. So if sauce is not essential for flavor, what is it there for?

Some people would say that sauce is necessary for moistening the dough, but this is not really the case. Dough can be moistened with water or other liquids before it is baked. Sauce can also make pizza soggy, so it is not necessarily the best choice for dough moisture.

So if sauce is not essential for flavor or moisture, what is its purpose? One theory is that sauce helps to keep the toppings in place. This might be true to some extent, but it is not a very strong argument since toppings can also be held in place with cheese or other methods.

In the end, it seems that sauceless pizza is still technically pizza. It might not be traditional pizza, and it might not be everyone’s favorite type of pizza, but it is still pizza.

After discussing the matter at length, we have come to the conclusion that pizza without sauce is still technically pizza. However, it is not traditional Italian Pizza and it is generally not as good as pizza with sauce.