Is Pizza a Sandwich? 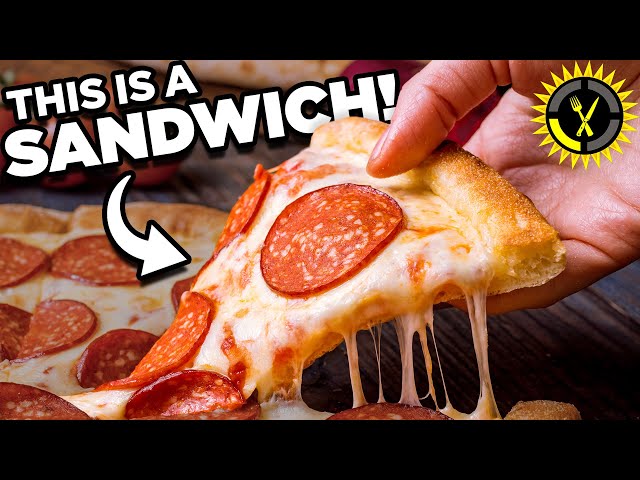 People have been debating whether pizza is a sandwich for years. Some say that because it is traditionally round, with a crust and toppings, it doesn’t qualify. However, others argue that because you can pick it up and eat it like a sandwich, it should be considered one. What do you think?

Is pizza a sandwich? According to the U.S. Food and Drug Administration, the answer is no. However, many people believe that pizza is, in fact, a type of sandwich. So what makes a sandwich a sandwich? And why do some people think that pizza fits into this category? In this blog post, we’ll take a closer look at these questions and explore the debate over whether or not pizza is a sandwich. Stay tuned!

What is a sandwich?

Most people think of sandwiches as consisting of a piece of meat or other protein (such as turkey, chicken, ham, or peanut butter), cheese, and bread. But the term “sandwich” is actually much broader than that. A sandwich can be defined as two pieces of any type of bread with any filling in between. That means that pizzas, tacos, and even Icees can all technically be classified as sandwiches!

The definition of a sandwich

There is no one correct answer to this question, as the definition of a sandwich is somewhat subjective. However, most people would say that pizza is not a sandwich because it is not traditionally made with Bread as the primary component.

Pizza as a sandwich

A lot of people think of pizza as a sandwich. After all, it has all the requisite ingredients: a bread-like crust, filling, and toppings. But is pizza really a sandwich?

The history of the sandwich

Most people think of sandwiches as consisting of two slices of bread with some type of filling in between, but the history of the sandwich is a bit more complex than that. The sandwich as we know it today is believed to have originated in England in the 18th century, when Earl Sandwich asked his cook to put some beef between two slices of bread so he could eat while he continued to gamble. However, there are references to similar foods dating back much further.

For example, the ancient Roman writer Cato included a recipe for something called a “placenta” in his book on farming, which consisted of layers of cheese and wheat dough baked and then cut into pieces. And the tradition of eating stuffed crusts can be traced back even further to Medieval Europe, where people would often eat pie crusts filled with meat or other goodies.

So while the Earl Sandwich may have popularized the concept of putting filling between two slices of bread, he was certainly not the first person to come up with the idea.

How the sandwich became popular

The sandwich is a type of food that consists of two slices of bread with a filling in between. The filling can be anything from meat and vegetables to PB&J. The sandwich was first popularized in the 18th century by the Earl of Sandwich, who is said to have eaten them as a quick and easy meal while he was working. Since then, sandwiches have become one of the most popular types of food in the world.

The different types of sandwiches

A sandwich is a dish consisting of two pieces of bread with other food items between them, which is then usually eaten with one’s hands. These other food items may include any combination of meat, poultry, fish, shellfish, eggs, cheese, vegetables, fruits, and condiments. Sandwiches are a common type of lunch food often eaten as part of a packed lunch.

The benefits of eating a sandwich

A sandwich is a quick and easy meal that can be enjoyed any time of day. There are many different types of sandwiches, but they all have one thing in common: they are made with two slices of bread.

Bread is a good source of carbohydrates, which your body needs for energy. It also contains vitamins and minerals, including magnesium, selenium, and folic acid.

Sandwiches can be healthy if you choose the right ingredients. Look for whole-grain breads, lean meats, and plenty of fresh vegetables. Avoid processed meats, high-fat cheeses, and sugary condiments.

Whether you’re at home or on the go, a sandwich is a convenient and delicious option for a quick meal.

The disadvantages of eating a sandwich

The disadvantages of eating a sandwich are that it can be high in calories and unhealthy if you eat too much of it. It can also be messy to eat, and you may not be able to get all the fillings in your mouth.

How to make a sandwich

Sandwiches are a quick and easy meal that can be enjoyed at any time of day. They can be made with a variety of different ingredients, including meats, cheeses, vegetables, and spreads. There is no one right way to make a sandwich, but there are a few basic steps that will help you create a tasty and satisfying meal.

1. Choose your bread. There are many types of breads to choose from, including white bread, whole wheat bread, rye bread, and sourdough bread. Select a bread that will complement the flavors of your sandwich filling.

2. Choose your condiments. Mayonnaise, mustard, and ketchup are common condiments for sandwiches. You can also try other spreads, such as hummus or pesto.

3. Choose your fillings. Meat, cheese, vegetables, and fruit are all popular sandwich fillings. Be creative and experiment with different flavor combinations until you find one that you love!

4. Assemble your sandwich. Spread your condiments on one piece of bread, then add your fillings and top with the other piece of bread. If you are using meat or cheese, you may want to add them to the sandwich before adding the vegetables so that they don’t slip out when you take a bite!

5.’ Cut your sandwich in half if desired and enjoy!

Nothing is better than a freshly made sandwich. Whether you’re looking for a quick and easy lunch option or something to take on the go, sandwiches are always a good choice. There are endless possibilities when it comes to what you can put between two pieces of bread, which is why sandwiches are so versatile and universally loved.

If you’re looking for some inspiration for your next sandwich, look no further. We’ve gathered 10 of the best sandwich recipes from around the web. From classic combinations like peanut butter and jelly to more adventurous options like pulled pork and slaw, there’s something for everyone on this list. So get your bread, fillings, and condiments ready – it’s time to make a sandwich!