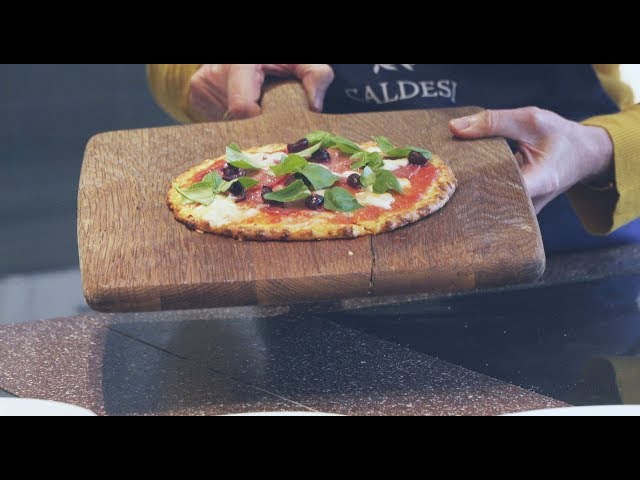 In this blog post, we’ll take a closer look at gluten free pizza and what makes it different from regular pizza. We’ll also explore whether or not gluten free pizza is actually a good choice j for those looking to stick to a low carb diet.

What is gluten-free pizza?

Gluten-free pizza is a type of pizza made without ingredients that contain gluten. Gluten is a protein found in wheat, rye, and barley. It is often used as a food additive to help with the texture and consistency of foods. For people with celiac disease or gluten sensitivity, eating gluten can cause serious intestinal damage.

There are many different ways to make gluten-free pizza. The most common way is to use a pre-made crust or dough that does not contain any wheat, rye, or barley. There are also many recipes for homemade gluten-free pizza dough that use alternative flours such as rice flour, almond flour, or tapioca flour. Once the dough is prepared, the toppings can be added just like any other type of pizza.

Whether or not gluten-free pizza is actually low carb depends on the ingredients used to make the crust and toppings. Many gluten-free pizzas are made with high-carb ingredients like white rice flour or tapioca starch. These ingredients can raise the carb content of the pizza quite significantly. On the other hand, there are also many recipes for low-carb gluten-free pizzas that use alternative flours like almond flour or coconut flour. These pizzas tend to be much lower in carbs than their wheat-based counterparts.

Gluten-free pizza is pizza made without any gluten-containing ingredients. Gluten is a protein found in wheat, barley, and rye. It’s what gives bread its chewy texture and provides structure to baked goods. For people with celiac disease or non-celiac gluten sensitivity, consuming gluten can lead to symptoms like abdominal pain, bloating, diarrhea, and headaches.

There are a few different types of gluten-free pizza crusts available on the market. Some are made with alternative flours like tapioca flour or rice flour, while others use a mix of gluten-free flours. There are also crusts made with cauliflower or almond meal.

So, if you’re on a low carb diet and you’re looking for a pizza option that’s lower in carbs than regular pizza, a good option is to choose a gluten-free pizza with a crusted made from alternative flour or cauliflower.

The benefits of gluten-free pizza.

A gluten-free diet is becoming more and more popular, but there is still a lot of confusion about what gluten is and whether or not it’s bad for you. Gluten is a protein found in wheat, barley, and rye, and it’s what gives bread its chewy texture. For people with celiac disease, gluten can cause serious health problems. But even if you don’t have celiac disease, you might decide to go gluten-free for other reasons.

That being said, there are some benefits to eating gluten-free pizza. For one thing, many people who can’t eat gluten find that they feel better when they avoid it. They may have less stomach pain, bloating, and fatigue. And since going gluten-free requires you to be more careful about what you eat, you may end up eating more whole foods and fewer processed foods overall.

One potential downside of eating gluten-free pizza is that it may not be as nutritious as regular pizza. Most Gluten Free pizzas are made with alternative flours like rice flour or potato starch which don’t have the same nutrient profile as wheat flour. So if you’re looking for a nutritious meal, you might want to stick with regular pizza or make your own at home with whole wheat flour.

Another downside of eating gluten-free pizza is that it can be more expensive than regular pizza. But if you’re willing to pay a little extra for the benefits of going gluten-free, then it might be worth it for you!

The drawbacks of gluten-free pizza.

So, what’s the verdict? If you’re looking for a low-carb pizza option that is also gluten-free, thin crust is your best bet. However, there are some things to consider before you write off traditional pizza altogether.

How to make gluten-free pizza.

Gluten-free pizza is a type of pizza made without wheat, barley, and rye flour. The dough is usually replaced with a gluten-free flour or a combination of gluten-free flours. toppings, cheese, and sauces are the same as traditional pizza.

To make a low-carb gluten-free pizza, you’ll need to use a gluten-free pizza dough and toppings. For the dough, you can either make your own or buy a pre-made mix. For toppings, you can use anything you like – just be sure to avoid high-carb ingredients like processed meats, regular cheese, and sugary sauces.

Here are some of the best gluten-free pizza recipes around:

The worst gluten-free pizza recipes are the ones that try to replicate the taste and texture of traditional wheat-based dough. Often, these recipes use gluten-free flour blends that include rice flour, tapioca starch, and potato starch. These ingredients may give the dough some structure, but they also make it dry and crumbly.

How to eat gluten-free pizza.

The first thing you need to do is check the ingredients list. Make sure the flour blend does not contain wheat or any other grains that contain gluten. There are many gluten-free flour blends available, so this should not be a problem.

Next, you need to be careful about the toppings. Many pizzas are topped with meat, which can be high in fat and calories. Choose lean meats such as chicken or turkey, and avoid processed meats like sausage and pepperoni. You can also top your pizza with vegetables instead of meat.

Finally, watch out for the sauce. Many pizza sauces contain sugar and other high-carb ingredients. Look for a sauce that is made with tomato paste, olive oil, and herbs. This type of sauce will be lower in carbs and calories than one made with sugary ingredients.

The history of gluten-free pizza.

Gluten-free pizza is made with a variety of alternative flours, such as rice flour, potato flour, tapioca flour, and bean flour. These flours provide a similar texture and consistency to wheat flour, but without the gluten protein. This makes them ideal for individuals who are unable to tolerate gluten or who have celiac disease.

While gluten-free pizza is often considered to be healthier than traditional pizza, due to the lack of gluten proteins, it’s important to remember that many of the same unhealthy toppings can be used on both types of pizzas. This means that a gluten-free pizza can still be high in calories, fat, and sodium if it’s not prepared correctly.

If you’re looking for a healthier option, consider making your own gluten-free pizza at home using healthy ingredients. Alternatively, there are a number of restaurants that now offer gluten-free pizzas on their menus.

The future of gluten-free pizza.

There’s been a lot of talk lately about gluten-free pizza. Some people say it’s the future of pizza, while others claim it’s nothing more than a fad. So, what’s the truth?

Well, there’s no easy answer. It all depends on how you define “gluten-free.” For some people, this means avoiding all wheat products, including pizza crusts made with wheat flour. For others, it simply means avoiding pizzas with toppings that contain gluten (such as pepperoni or sausage).

Assuming we’re talking about the latter definition, then yes, gluten-free pizza could be considered low carb. However, it’s important to remember that not all gluten-free pizzas are created equal. Some brands use alternative flours (such as almond or coconut flour) in their crusts, which can make them significantly higher in carbs than traditional wheat flour crusts. Others use cheese or meat in lieu of a traditional crust, which also raises the carb count.

So, if you’re looking for a truly low carb gluten-free pizza option, your best bet is to do your research and choose a brand that uses alternative flours and/or minimal toppings. Or, better yet, make your own pizza at home using a low carb crust recipe!