The Differences Between a Calzone and a Stromboli 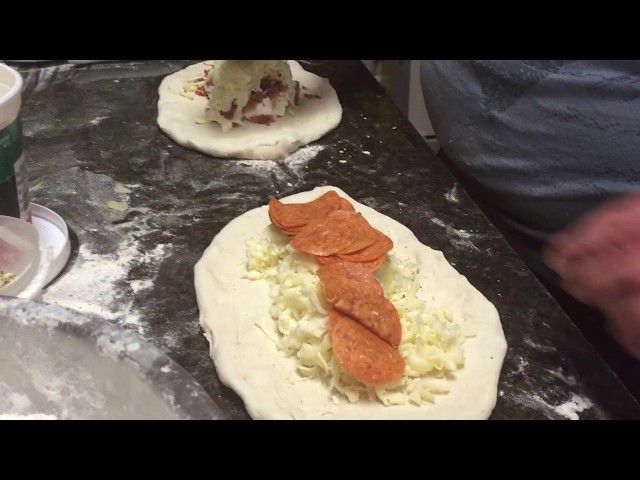 When it comes to Italian cuisine, there are a few popular dishes that always come to mind. Pizza, spaghetti and meatballs, and calzones are all common items on an Italian-American menu. What’s the difference between a calzone and a stromboli?

If you’re like most people, you may think a calzone and a stromboli are the same thing. They’re both Italian-inspired dishes, right? While they do have some similarities, there are actually several key differences between these two popular pizza-like creations.

The answer may surprise you. Both dishes are typically made with pizza dough, but there is a key difference in how they are filled. A calzone is usually filled with cheese and other ingredients like pepperoni or sausage, while a stromboli is typically filled with meats and vegetables.

In this blog post, we’ll break down the differences between a calzone and a stromboli for you and give you a few tips on how to make the perfect calzone or stromboli at home.

What is a calzone?

A calzone is a turnover made with pizza dough and stuffed with a variety of fillings, such as cheeses, meats, vegetables, or a combination of all three. Calzones are typically half-moon shaped, but they can also come in the form of a rectangle or a sealed pocket.

What is a stromboli?

A stromboli is a type of turnover made with pizza dough and stuffed with various ingredients, typically including cheese and meat. It is then baked or fried. Strombolis are usually shaped like a rectangle or a cylinder, and they can be sliced either crosswise or lengthwise.

A calzone is similar to a stromboli, but it is crescent-shaped and usually only has cheese as a filling. Calzones are also typically baked, although they can be fried.

The differences between a calzone and a stromboli

A calzone is a pizza-like turnover made with dough that is rolled out flat, filled with various toppings, and then sealed by folding the dough over the filling. A stromboli is similar to a calzone, but the dough is not rolled out flat; instead, it is formed into a loaf shape and the fillings are layered inside. Both calzones and strombolis are typically baked in an oven.

The main difference between a calzone and a stromboli is in their respective shapes. A calzone is generally crescent-shaped, while a stromboli is more of a rectangular or oval shape. Additionally, calzones are usually sealed by folding the dough over the filling, while strombolis typically have the dough rolled around the filling.

When it comes to fillings, both calzones and strombolis can be filled with a variety of meats, cheeses, and vegetables. However, strombolis are often times served with a tomato-based sauce, while calzones are not.

So, what’s the difference between a calzone and a stromboli? It all comes down to shape and filling!

A stromboli is essentially a pizza that is rolled up into a log shape and then baked. A calzone, on the other hand, is more like a turnover or empanada. It is a half-moon shape with the dough being folded over and then sealed. The ingredients are then baked inside of the dough pocket.

How to make a calzone

both Calzones and Strombolis are Italian-American pizzeria staples. They’re basically pizza dough wrapped around fillings, then baked until golden brown. The key difference lies in the dough. Calzone dough is a bit sweeter and richer, while Stromboli dough is more like traditional pizza dough — slightly chewy with a crust that’s crispy on the outside and pillowy in the middle.

How to make a stromboli

A calzone is a pizza that is folded in half and sealed, making a half-moon shape. The dough is usually thicker than pizza dough, and the filling is cooked before the dough is sealed. Calzones are typically baked, but they can also be fried.

A stromboli is a rolled pizza that is sealed at the edges. It is typically made with thinner dough than a calzone, and the filling is added after the dough is rolled. Strombolis are typically baked, but they can also be grilled or fried.

The history of the calzone

The calzone is a crescent-shaped, Italian oven-baked turnover typically made with salted and unleavened dough that is stuffed with any number of fillings, including meats, cheeses, vegetables and tomato sauce. It is then baked until the crust is golden brown and the fillings are hot and bubbly.

The origins of the calzone are somewhat unknown, but it is believed to have originated in Naples, Italy during the 18th century. The word calzone actually means “trouser leg” or “stocking” in Italian, which is thought to be a reference to its shape.

Calzones are often confused with strombolis, which are also crescent-shaped turnovers that usually contain meats and cheeses. The main difference between the two lies in their origin: strombolis were created in America, while calzones were created in Italy.

The history of the stromboli

The calzone is a similar dish that originated in Italy. It is made with pizza dough that is folded in half to enclose the fillings. It is then cooked in a oven or fryer.

Both dishes are popular in the United States, but the stromboli is more common on the East Coast while the calzone is more popular on the West Coast.

There are two types of stuffed, Italian rolled dough dishes that are often confused: the calzone and the stromboli. Both begin with pizza dough that is rolled out into a flat, large rectangle. Fillings are then placed on one half of the dough, before it is then folded over and sealed. The sealed edge is then crimped to prevent the filling from oozing out during baking.

Calzone vs stromboli: which is better?

Calzones and strombolis are both Italian-style dishes that feature a filling wrapped in dough. But what’s the difference between these two popular dishes?

Another difference between these two dishes is the shape. A calzone is shaped like a half-moon, while a stromboli is more like a cylinder or roll.

As for the filling, both calzones and strombolis can be filled with any combination of meats, cheeses, and vegetables. However, because of the dough difference, calzones are usually not as overflowing with filling as strombolis.

So, which one is better? It all comes down to personal preference! If you like a soft, doughy crust, then a calzone is probably your best bet. But if you’re looking for a heartier dish with more of an oven-fresh bread taste, then go for a stromboli.

To sum it up, a calzone is a type of turnover made with pizza dough and filled with various toppings. A stromboli, on the other hand, is a rolled pizza that is sealed at the edges. Both are delicious, but it all comes down to personal preference!