Are Calzones and Strombolis Different? 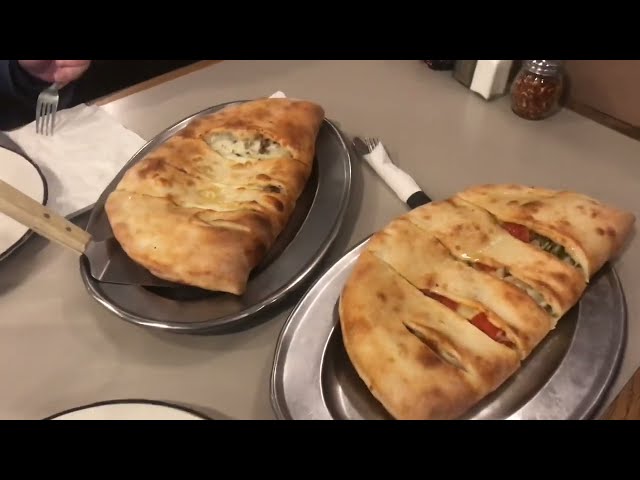 A calzone is a pizza-dough turnover filled with mozzarella and Italian meats or vegetables. A stromboli is an Italian turnover made with pizza dough and filled with meats, cheeses, and vegetables.

A calzone is a turnover that is made with Pizza Dough and stuffed with a variety of fillings. The dough is first fried and then baked. Calzones are usually served with Marinara Sauce on the side.

A brief history of the calzone

Though the calzone as we know it today originated in Naples, Italy, its roots can be traced back to Ancient Rome. The Roman food focaccia déravis, or flatbread, was similar to the calzone in that it was a doughy snacks filled with various meats, vegetables, and cheeses. However, instead of being folded and cooked like a calzone, focaccia was simply baked with the ingredients inside.

The first recorded mention of the calzone came about during the Medieval era in a text called Liber de Coquina (Book of Cookery). This cookbook contained a recipe for a dish called puncētum, which consisted of flattened dough that was filled with cheese and egg before being fried.

By the 18th century, the calzone had made its way to Sicily where it began to take on its classic crescent shape. It wasn’t until the mid-19th century that the dish finally made its way to Naples, where it has been popular ever since.

Calzones are made with a variety of fillings, including meats, cheeses, vegetables, and sauces. The dough is rolled out into a flat circle, and the filling is placed in the center. The dough is then folded over the filling to create a half-moon shape. The calzone is then baked until the dough is golden brown and crispy.

Strombolis are a type of turnover made with pizza dough that is typically filled with meats and cheeses. They are then rolled up and baked. Some people believe that strombolis are simply calzones that are made with a different type of dough, but there are actually a few key differences between the two.

A brief history of the stromboli

The stromboli is an Italian-American dish that was created in the 1950s. It is a type of turnover made with pizza dough and filled with cheese and meat. The word “stromboli” is derived from the Italian word for “twist,” which refers to the way the dough is rolled up.

The stromboli was invented by an Italian immigrant named Nazzareno Romano, who owned a pizzeria in Trenton, New Jersey. Romano’s customers were always asking for something to take on their road trips, so he came up with the idea of the stromboli. He folded a Pizza Crust over some ham and cheese, and then baked it. The stromboli was an instant hit, and it soon became a menu staple at pizzerias across the United States.

Today, strombolis are typically made with a dough that is similar to pizza dough, but they can also be made with other types of dough, such as flatbread dough or even croissant dough. The fillings can vary widely, but they often include meats (such as pepperoni or sausage), vegetables (such as onions or peppers), and cheeses (such as mozzarella or provolone).

Typically, a stromboli is made with pizza dough that is rolled out flat, topped with pizza sauce, cheese and your favorite pizza toppings. It is then rolled up, sealed and baked. The sealed edge is typically on the top of the stromboli so that all of the filling ingredients stay inside.

Calzones, on the other hand, are made with a dough that is more bread-like and less chewy than pizza dough. The dough is formed into a pocket and then filled with cheese and your favorite pizza toppings before being sealed and baked. The sealed edge is typically on the side of the calzone so that it resembles a half-moon shape.

So, what’s the difference?

The difference in history

The calzone was first created in Naples, Italy, and its name comes from the Italian word for trouser or stocking: calzoni. It’s said that workers would take their lunch breaks and fill a large, round dough pocket with whatever they had on hand. The stromboli, on the other hand, comes from southern Italy, specifically the region of Apulia. Stromboli’s name is derived from the small island off the northeastern tip of Sicily also called Stromboli.

The difference in ingredients

The difference in taste