All Types of Pizza: A Comprehensive Guide 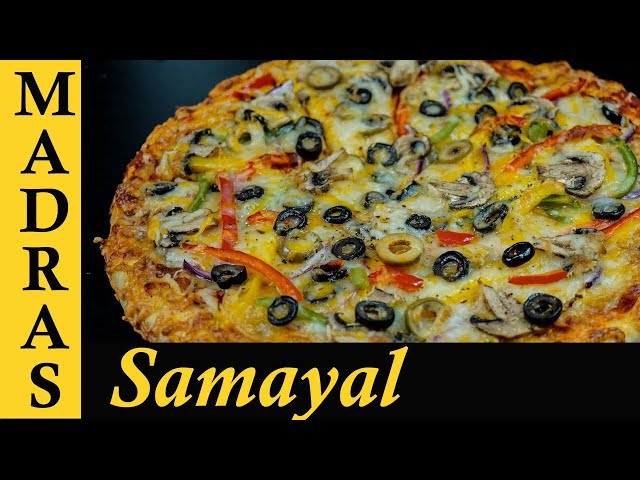 Looking for a comprehensive guide to all types of pizza? You’ve come to the right place! In this blog post, we’ll cover everything from classic pizzas to more unconventional toppings and toppings. Whether you’re a pizza aficionado or just looking to try something new, this guide is sure to have something for you!

There are so many delicious types of pizza, and it can be hard to decide which one to try next. Whether you like your pizza loaded with toppings or prefer a more minimalistic approach, there’s definitely a pie out there for you. To help you navigate the incredible world of pizza, we’ve put together a comprehensive guide of all the different types of pizza, so you can choose your next slice with confidence.

Thin crust pizza is all about the crispy, cracker-like crust. This type of pizza is typically cooked at a high temperature for a shorter period of time, so the dough doesn’t have a chance to rise too much. Thin crust pizzas are usually cut into small squares or rectangles, making them perfect for one or two people.

Deep dish pizza is defined by its namesake—a deep, dish-like crust that can accommodate a plethora of toppings. This type of pie is typically baked in a round pan and requires a longer cooking time than thin crust pizzas. Deep dish pizzas are usually cut into wedges and shared among a group.

Stuffed Crust Pizza has, you guessed it, a thick crust that’s stuffed with cheese (and sometimes other toppings). This type of pie is usually baked in a deep dish style, but the stuffed crust gives it an extra level of indulgence. Stuffed crust pizzas are typically cut into wedges and shared among a group.

Neapolitan pizza is one of the most classic types of pies out there. It originates from Naples, Italy and is defined by its thin dough, fresh ingredients (like tomatoes, mozzarella cheese, and basil), and wood-fired cooking method. Neapolitan pizzas are usually round in shape and cut into wedges that are meant to be shared.

Sicilian pizza is similar to Neapolitan pizza in terms of its thin dough and fresh ingredients; however, Sicilian pies are square in shape and often have thicker crusts. This type of pizza originates from Sicily, Italy and is traditionally cooked in a large pan so that it can be sliced into small squares—perfect for individual servings.

Pizza is a dish of Neapolitan origin, made with an oven-baked flat bread typically topped with a tomato sauce, cheese and various toppings.

Pizza first gained popularity in America after soldiers stationed in Italy during World War II came home with a taste for it. Today, pizza is one of the most popular dishes in the country, with over 36,000 pizzerias nationwide.

While there are many different types of pizza, they can all be broadly classified into two categories: those with a yeasted dough and those without. The most common type of pizza dough is made with yeast, which gives it a light and airy texture. This dough is then traditionally topped with tomatoes and cheese, although there are endless possibilities for toppings.

There are also many regional varieties of pizza across the United States. New York-style pizza is characterized by its thin crust and large, wide slices. Chicago-style pizza is deep dish, meaning that it has a thicker crust and is baked in a pan lined with cheese and other toppings. Other regional varieties include California-style (with thin crusts and unique toppings), Detroit-style (with a thick square crust), St Louis-style (made with provel cheese) and New Haven-style (a thin-crust pie baked in a coal oven).

How pizza is made

Pizza is a savory dish of Italian origin, consisting of a usually round, flattened base of leavened wheat-based dough topped with tomatoes, cheese, and often various other ingredients (such as anchovies, mushrooms, onions, olives, pineapple, meat, etc.), which is then baked at a high temperature in a traditional wood-fired oven. A small pizza is sometimes called a pizzetta or a pizzetto.

The benefits of eating pizza

Pizza is a dish of Italian origin, consisting of a flatbread typically topped with a tomato sauce, cheese and various toppings. Pizza is one of the most popular foods in the world and has become a common fast food item in many cultures.

There are many benefits to eating pizza, including the following:

The best pizza places in the world

The worst pizza places in the world

No matter how much you love pizza, there are some places that just don’t cut it. Whether it’s because of the quality of the ingredients, the lack of care in the preparation, or just plain bad luck, these are the worst pizza places in the world.

How to make a pizza

Pizza is one of the most popular foods in the world and there are endless ways to make it. In its simplest form, pizza is dough topped with sauce and cheese, but the possibilities are nearly endless. You can add any number of toppings, from meats and vegetables to fruits and nuts. You can also change up the type of dough or sauce, or even make a dessert pizza.

If you want to get started making your own pizza, here is a comprehensive guide on how to make a pizza.

First, you will need some pizza dough. You can either buy pre-made dough at the store, or make your own from scratch. If you are making your own dough, you will need flour, water, yeast, sugar, and salt. Dissolve the yeast in water with a little sugar and let it sit for about 10 minutes. Then mix the flour, salt, and sugar together in a large bowl. Add the yeast mixture and stir until it forms a sticky dough. Let the dough rest for about 30 minutes before using it.

Next, you will need to choose your sauce and toppings. For the sauce, you can use traditional tomato sauce, alfredo sauce, pesto sauce, BBQ sauce, or even just olive oil. As for toppings, you can add anything you want! Some popular toppings include pepperoni, sausage, mushrooms, onions, peppers, olives, pineapple, ham, bacon, chicken, beef ragu’ sauces such as buffalo chicken or barbecue chicken are also excellent choices! Get creative and experiment with different combinations of sauces and toppings until you find your perfect pizza recipe.

Once you have chosen your ingredients, it’s time to start assembling your pizza! Preheat your oven to 350 degrees Fahrenheit (175 degrees Celsius). If you are using a baking sheet or stone , line it with parchment paper or cornmeal to prevent sticking. Roll out your dough on a lightly floured surface into whatever shape you like – round , oval , rectangle , square . Spread your sauce over the dough , then add your toppings . Be sure to evenly distribute them so that every bite has all of the flavors that you want .

Bake in preheated oven for 20-25 minutes until crust is golden brown and cheese is melted and bubbly . Slice into desired pieces and enjoy !

How to eat a pizza

This might seem like an obvious place to start, but bear with us. Many people don’t realize that there is a right and wrong way to eat a pizza. The first step is to identify the type of pizza you’re dealing with. Is it a thin crust or a thick crust? Is the cheese on top or on the bottom? These are important questions to answer before you take your first bite.

Once you’ve done that, it’s time to get down to business. The best way to eat a pizza is by folding it in half and eating it like a sandwich. This method works best with thin crust pizzas. It allows you to evenly distribute the toppings so that every bite is as delicious as the last. For thick crust pizzas, we recommend using a fork and knife. This will help you avoid making a mess and ensure that you get all of the toppings in every bite.

No matter what type of pizza you’re eating, there is one rule that always applies: never drink soda while eating pizza. The combination of carbonation and grease will wreak havoc on your stomach and leave you feeling sick for hours afterwards. Trust us, we’ve been there before. Water or beer are always your best bet when it comes to pairing with pizza.

The health benefits of pizza

Pizza has been around for centuries and is now one of the most popular foods in the world. It’s no surprise that there are so many different types of pizza, from classic Margherita to more unusual combinations like pizza with chocolate or truffle.

While some people might think that pizza is unhealthy, it can actually be a nutritious meal if you choose the right toppings. A traditional Italian pizza, for example, is made with simple ingredients like tomatoes, mozzarella cheese, olive oil and basil. This type of pizza is a good source of lycopene, a nutrient that has been linked to various health benefits.

The nutritional value of pizza